DESPERATE HOUSEWIVES - Fan Questions: Are the men coming back?

SpoilerFix.com's visitor Meg asks: "Will Mike, Carlos, Tom, and the other men, be back next season on DESPERATE HOUSEWIVES?"

Good question Meg as the contract negotiations for the ladies have been much publicized but the men's, not so much.

In a recent article published at TVGuide.com, James Denton, who plays Mike Delfino, says: "All the negotiations worked out, everybody's happy." We know that the ladies signed their contracts to appear in the next season and, based of what Denton said, I'm assuming so did the men.

When announcing its 2011-2012 schedule, the press release ABC sent out listed Ricardo Chavira (Carlos), Doug Savant (Tom), and James Denton (Mike) as part of the regular cast. Not only that, but that list also includes Kevin Rahm (Lee) and Tuc Watkins (Bob)!!! That said, this type of press releases are sometimes not 100% truthful, especially when a show wants to hide the fact that one of the main character will be exiting early one the upcoming season.

One thing is for sure, Tom and Carlos are coming back for sure as they were both mentioned in recently released spoilers about the upcoming season. Bree's new boyfriend, the cop, will also be back.

Here are spoilers for the upcoming season of PSYCH which were released this past month:

- According to TV Line, Molly Ringwald will guest star as a nurse working at a mental hospital. Shawn will suspect that she is abusing her powers.

- Entertainment Weekly reveals that Danny Glover, baseball champ Wade Boggs and Michael Trucco will guest star in a minor league baseball-themed episode. The death of the week will be that of the a hitting coach. Glover will play the team's manager.
Posted by SpoilerFix.com at 10:00:00 AM No comments:

Email ThisBlogThis!Share to TwitterShare to FacebookShare to Pinterest
Labels: Psych 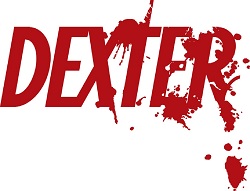 - Watch With Kristin reveals that Episode 6.02 will be titled "Once Upon a Time." The episode will feature scenes at an elementary school where we will meet a few street-smart Latino kids who may end up being recurring characters.
Posted by SpoilerFix.com at 9:53:00 AM No comments:

TV Guide's William Keck unearthed some scoop for the upcoming season of DESPERATE HOUSEWIVES. Here is a summary of what's to come:

- The housewives will hide the body of Gaby's stepfather in a trunk. The ladies will bond over this shared secret. Question is, will Carlos have to face justice?
- The fact that Bree is now dating a cop will make keeping the secret a tad more difficult.
- Tom and Lynette will be separated but they will not be divorcing. Tom will be living somewhere else and both may start to date other people. Will Tom and Renee go out on a date? Not to worry, Lynette and Tom will eventually get back together.
Posted by SpoilerFix.com at 9:29:00 AM 1 comment:

If you have questions about your favorite US TV series, you can email me at spoilerfix[at]gmail[dot]com. Answers will be posted on the blog.
Posted by SpoilerFix.com at 9:18:00 AM No comments:

Email ThisBlogThis!Share to TwitterShare to FacebookShare to Pinterest
Labels: spoilerfix

I have received a question from SpoilerFix.com's visitor Larry about WAREHOUSE 13. He asks "My one question is will Myka return to the warehouse or do I have to start watching something else?"

Of course, the exact answer to this question is one of the best kept secrets right now as it's part of last season's cliffhanger. Here are some tidbits I've found:

- Promotional pictures for episode 3.01 does show Myka.... but, as you can see for yourself by clicking on the thumbnail on the right, she is not in agent attire.

- All articles published these past months announcing that Aaron Ashmore is joining the show say that his character is brought in to replace Myka.

- Syfy's official description for the upcoming season says "Syfy's most successful series ever returns for a third season with a key question looming from the gripping season two finale: has Myka (Joanne Kelly) left the Warehouse for good?"

By the way, I watched Season 1 of the show last week and was hooked instantly! I will watch Season 2 when the DVD is released at the end of June so to be able to watch Season 3 as it unfolds.

You can expect WAREHOUSE 13 spoilers to be posted here as they are released.
Posted by SpoilerFix.com at 9:16:00 AM 1 comment:

Email ThisBlogThis!Share to TwitterShare to FacebookShare to Pinterest
Labels: Warehouse 13

Even though production has yet to start on the Season 3 episodes, tiny tidbits are available! It's not much, but it's better than nothing, no? Here is what co-creator/executive producer Brad Falchuk told Entertainment Weekly:

- It's unsure if Sunshine Corazon will return to McKinley... but it's not ruled out.
- Santana's coming out will happen next season.
- There will be some "hot action" for Will and Emma next season.

Falchuk told TV Line that Sam and Mercedes will still be together when the show returns in September.

Note that writers will start their work on the next season sometime in June. So we should have better and more precise spoilers for GLEE in July!
Posted by SpoilerFix.com at 8:36:00 AM No comments:

Email ThisBlogThis!Share to TwitterShare to FacebookShare to Pinterest
Labels: Glee

Here is a preview of tomorrow's episode (May 6) of FRINGE.

TVLine reveals that Naomi and Teddy will be named prom queen and king in the May 9th episode of The CW's 90210. The theme of the prom will be "The future is ours."
Posted by SpoilerFix.com at 7:34:00 PM No comments: